Trapped inside the doomed “cauldron” at Stalingrad, Wehrmacht pastor Kurt Reuber drew a charcoal picture of the Madonna and Child on the back of a map and labelled it “Life, Light and Love, Christmas in the Cauldron Fortress Stalingrad 1942”. He took it from bunker to bunker to cheer the troops at Christmas 1942. Reuber described the effect on displaying it:

When according to ancient custom I opened the Christmas door, the slatted door of our bunker, and the comrades went in, they stood as if entranced, devout and too moved to speak in front of the picture on the clay wall. …The entire celebration took place under the influence of the picture, and they thoughtfully read the words: light, life, love. …Whether commander or simple soldier, the Madonna was always an object of outward and inward contemplation.

The work was sent out on the last transport plane to leave the siege but the artist was left with the rest of the Sixth Army to fall captive to the Soviets. Reuber died in a Russian prisoner of war camp in 1944. The picture was suppressed by Nazi officials during the war but is now on display in Berlin’s Kaiser Wilhelm Memorial Church. 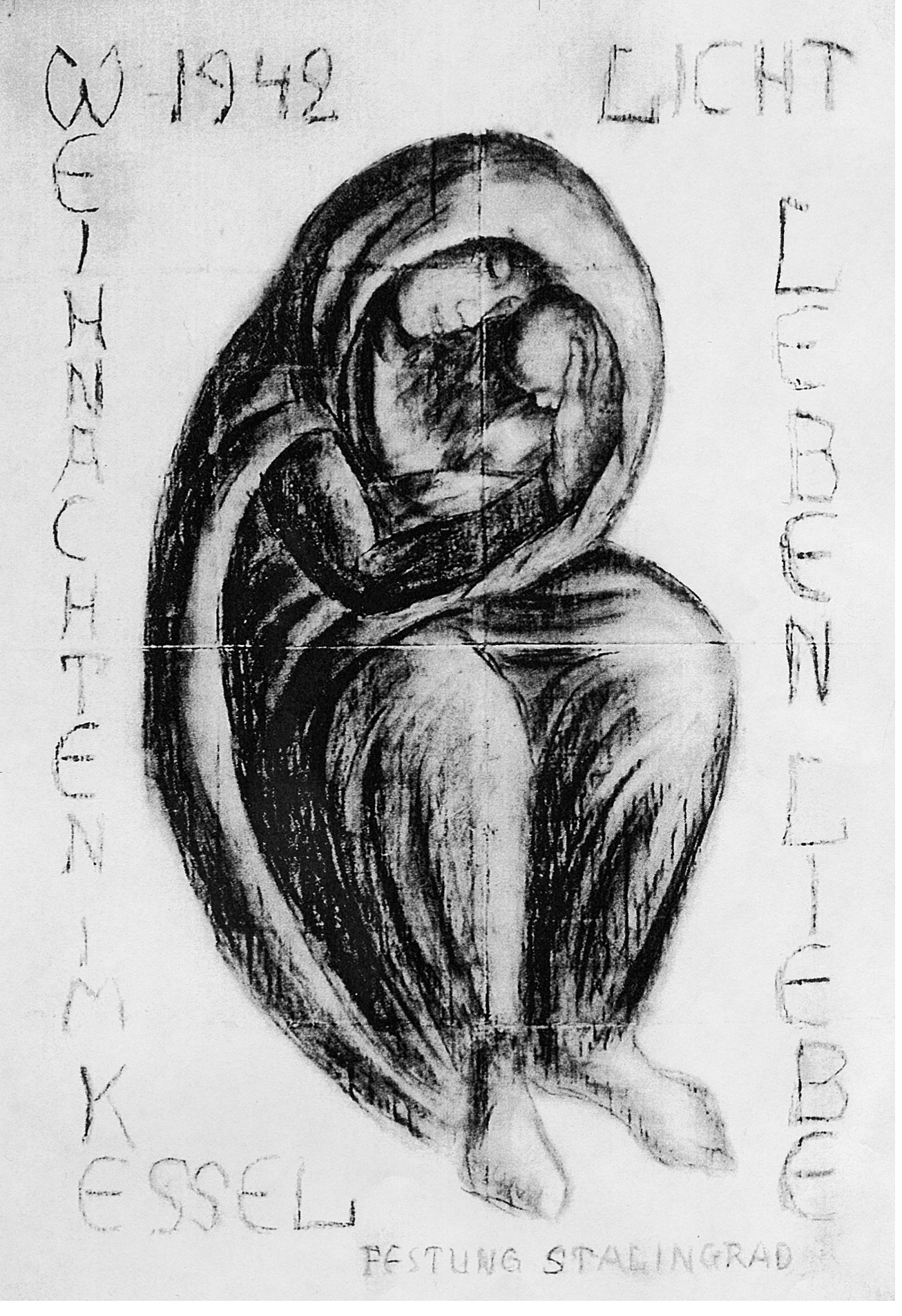