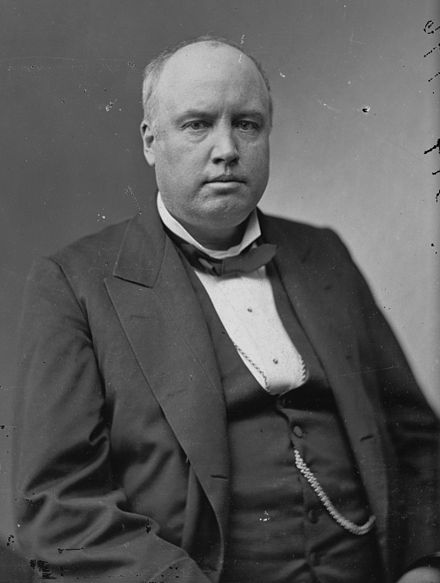 Not everyone likes Christmas. Aggressive atheists are particularly vexed by the season in which the claims of Christianity are most publicly on display and held in good repute. The most famous infidel of the late 19th century was Robert Ingersoll (1833-99) who lectured frequently on the virtues of unbelief. Here is his “Christmas Sermon” of December 19, 1891. His notion that Christmas was borrowed from pagan sun worship is no longer taken seriously by historians but it still lives on the internet.

The good part of Christmas is not always Christian — it is generally Pagan; that is to say, human, natural.

Christianity did not come with tidings of great joy, but with a message of eternal grief. It came with the threat of everlasting torture on its lips. It meant war on earth and perdition hereafter.

It taught some good things — the beauty of love and kindness in man. But as a torch-bearer, as a bringer of joy, it has been a failure. It has given infinite consequences to the acts of finite beings, crushing the soul with a responsibility too great for mortals to bear. It has filled the future with fear and flame, and made God the keeper of an eternal penitentiary, destined to be the home of nearly all the sons of men. Not satisfied with that, it has deprived God of the pardoning power.

And yet it may have done some good by borrowing from the Pagan world the old festival called Christmas.

Long before Christ was born the Sun-God triumphed over the powers of Darkness. About the time that we call Christmas the days begin perceptibly to lengthen. Our barbarian ancestors were worshipers of the sun, and they celebrated his victory over the hosts of night. Such a festival was natural and beautiful. The most natural of all religions is the worship of the sun. Christianity adopted this festival. It borrowed from the Pagans the best it has.

I believe in Christmas and in every day that has been set apart for joy. We in America have too much work and not enough play. We are too much like the English.

I think it was Heinrich Heine who said that he thought a blaspheming Frenchman was a more pleasing object to God than a praying Englishman. We take our joys too sadly. I am in favor of all the good free days — the more the better.

One thought on “December 19”