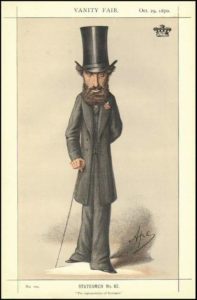 “It was a dark and stormy night; the rain fell in torrents, except at occasional intervals, when it was checked by a violent gust of wind which swept up the streets (for it is in London that our scene lies), rattling along the housetops, and fiercely agitating the scanty flame of the lamps that struggled against the darkness.” So wrote Edward, Lord Bulwer-Lytton, the 19th-century English author of “The Last Days of Pompeii” and much other florid prose.

The University of San Diego conducts an annual Bulwer Lytton Fiction Contest for imitations of such rotten writing in various categories. We will reproduce a few of them here.

In 2011 the Grand Prize went to a Wisconsin professor for this pithy gem: “Cheryl’s mind turned like the vanes of a wind-powered turbine, chopping her sparrow-like thoughts into bloody pieces that fell onto a growing pile of forgotten memories”.

The Romance award that year: “As the dark and mysterious stranger approached, Angela bit her lip anxiously, hoping with every nerve, cell, and fiber of her being that this would be the one man who would understand – who would take her away from all this – and who would not just squeeze her boob and make a loud honking noise, as all the others had”.

The History winner: “Napoleon’s ship tossed and turned as the emperor, listening while his generals squabbled as they always did, splashed the tepid waters in his bathtub.”