1657 Death of a bold pamphleteer 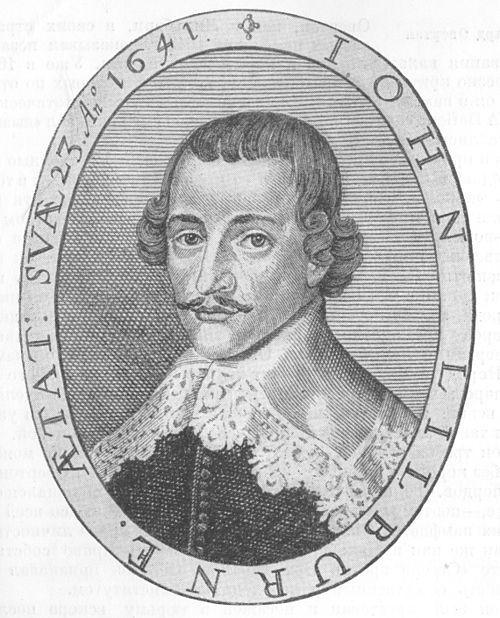 John Lilburne was born in 1614 to an English family of the squirearchy. In the turbulent 1630s when the rule of Charles I was growing odious to many, Lilburne adopted a number of radical stances and, at one point, had to flee to the safety of Holland. In 1637 he was whipped, pilloried, and jailed in chains for publishing a tract without the approval of the Stationer’s Company, which governed legal printing. He began to style himself “Freeborn John” and got into more trouble for opposing the Church of England.

When the Civil War broke out, Lilburne fought for the forces of Parliament and rose to the rank of lieutenant-colonel. He was captured by the king’s army after the Battle of Brentford but, when exchanged for a royalist officer, he rejoined his regiment where he was wounded and suffered the los of his property.

A man of high principle, he quarrelled with his superior officers, refused to sign the Solemn League and Covenant, and disputed with fellow radical William Prynne on the question of freedom of religion. His supporters came to be known as Levellers because of the social equality they demanded. He asserted that Englishmen had “freeborn rights”, granted by God, and that the Parliamentarian rule was even more tyrannical than that of the king. Lilburne was imprisoned, this time by the Parliamentary government, but was acquitted of a charge of high treason. Finally in 1652 his disputatious wrangling resulted in a forced exile from England.

When Lilburne returned without permission from Holland he was imprisoned again, tried again, and again acquitted. Nonetheless, the Puritan government considered him such a nuisance that he was kept in jail regardless of habeas corpus. In 1656 he was allowed out on parole, having convinced the authorities that his conversion to Quakerism meant that he was no longer a menace. He died the next year and was buried in the churchyard next to Bedlam.