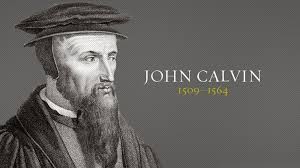 John Calvin is expelled from Geneva

John Calvin (1509-64) was a French preacher and theologian inextricably linked with the Reformation in Geneva, a town which he would fashion into the Protestant version of the Vatican, a headquarters for an international religious movement.

Calvin was born into a Catholic family in northern France and moved to Paris as a young man to study philosophy; later he enrolled in the University of Orleans as a law student. He gained a reputation as a brilliant humanist, publishing a translation of Seneca’s De Clementia or On Mercy. Back in Paris he fell into the controversy over religious reform which was dividing the royal court and the intellectual class. He sided with the reformers and had to flee France in 1534 during a crack-down on dissidents after the brazen “Affair of the Placards” in which Protestant tracts appeared surreptitiously in the king’s quarters. Calvin ended up in Basel which was undergoing a reformation and there he wrote his first edition of The Institutes of Christian Religion in 1536. Continuing his enforced wanderings he ended up in Geneva where he was asked by William Farel (1489-1565), the leading reformer, to stay and assist him in converting the townsfolk. The two of them drew up a new confession of faith and a revised church structure but they ran into heavy opposition from some leading families. Finally, in April 1538 after Calvin and Farel had disobeyed the town council and refused to administer communion with unleavened bread (part of a plan to harmonize Protestant practices in the Swiss cities) riots broke out, opposition coalesced and the two reformers were given three days to get out of Geneva.

Farel would find employment in Neuchâtel and Calvin in Strasbourg, but in 1541 Geneva asked for him to return and complete his reforms. He replied, “Rather would I submit to death a hundred times than to that cross on which I had to perish daily a thousand times over” but in the end he agreed to come back on his terms. During his second term Geneva would become the leading city of the Protestant Reformation.