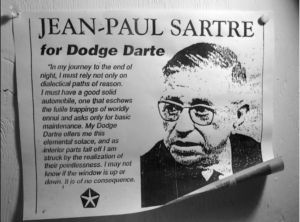 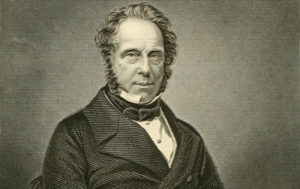 In 1850, Lord Palmerston the British government’s Foreign Secretary threatened war when Greece dealt unjustly with a pair of Queen Victoria’s subjects living abroad. The so-called “Don Pacifico Affair” led to a ringing assertion of the willingness of a nation to back claims by its passport holders no matter where. Palmerston felt that his country was “bound to afford protection to our fellow subjects abroad … as the Roman, in days of old, held himself free from indignity, when he could say “Civis Romanus sum”[I am a Roman citizen]; so also a British subject, in whatever land he may be, shall feel confident that the watchful eye and the strong arm of England, will protect him against injustice and wrong.”

On August 3, the government of Canada issued a statement of concern about the way that Saudi Arabia was treating a number of its citizens who had been agitating for further human rights inside the most Islamically conservative jurisdiction on the planet. Quite why our Foreign Affairs Minister felt moved to this action is a puzzle; activists of all sorts are repressed around the world on a daily basis, and any national interest of ours is of the most gossamer sort: one of those arrested was, apparently, the sister of an arrested blogger who is married to Ensaf Haidar, a woman with Canadian citizenship. Thus, Ottawa has imitated imperial Britain and taken its presumption one step further: now any far-flung sister-in-law of a Canadian may utter “Civis Canadiensis sum” and feel assured that our Dominion will act on her behalf.

Well, that escalated quickly. To everyone’s surprise Saudi Arabia did not take our righteous Twitter post in a spirit of chummy goodwill. It instantly declared our ambassador persona non grata, pulled their own emissary out of Canada, and ordered a legion of Saudi students and medical patients home from the land of the interfering infidel. Trade deals were threatened, Canadian grain was banned, Canadian assets were sold off, and an ominous warning emerged on a government-linked website that seemed to promise Canada the same treatment Saudi terrorists gave the World Trade Center on 9/11. Considering that Canada was hoping to soon consummate a lucrative sale of military hardware to the Saudis, it would be fair to say that our well-meaning intervention will cost our country billions of dollars.

However startled our government might have been by the Arabian response, Ottawa is not backing down. The Prime Minister has stated, “We will continue to stand up for Canadian values and universal values and human rights. Canada will always speak strongly and clearly in private and in public on questions of human rights.”

This surely prompts the question: how much virtue signalling can our country afford? What will be the price tag of Canadian demands that the USA and Mexico accept our views on gender equity in NAFTA? How far are we willing to go to make our position on Canadian values count, let us say, in a Chinese context? Are we willing to jeopardize our prosperity by interfering in Korean, Indian, Russian, or Brazilian affairs? This is an important issue on which it is possible for reasonable Canadians to disagree but we must have the debate, and soon.

Fortunately, there is a way in which we can profitably and morally stand up to trade and diplomatic bullying by one of the world’s most noxious nations, a country which still thinks that public crucifixion is a civilized response to crime. Canada should immediately cease to buy Saudi oil and replace it with western Canadian petroleum, transported securely by a pipeline. Quebec and Maritime consumers will thus be spared the sin of supporting an evil regime and see their fuel prices fall; the western Canadian economy will blossom; and Wahhabi fundamentalists will gnash their beards in impotent rage. That sounds like a win-win situation for us.

When I was a younger man, back when Lester Pearson was Prime Minister and Pluto was still a planet, I attended the University of Saskatchewan. It had a very simple coat of arms: three wheat sheaves and an open book whose pages displayed the motto “Deo et Patriae”  — “For God and Country”.

Years later, I taught History at the University of Regina which had an equally noble motto: “As One Who Serves”, words Jesus Christ used to describe himself in the Book of Luke. Still later, I taught at the University of Manitoba whose arms were jam-packed with religious imagery: St John the Evangelist and his eagle, St George’s cross, and a book with a quote in Latin from the Old Testament: “To these children God gave knowledge”. 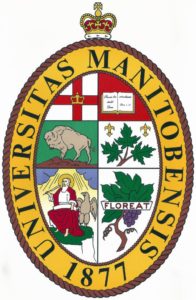 The universities of western Canada abound in coats of arms with Christian messages. The University of Alberta’s motto is “Quaecumque Vera”, referencing St Paul’s advice to the church at Philippi: “Whatsoever things are true…” Calgary’s crest bears the message, in Gaelic, “I will lift up mine eyes” which any fan of the Book of Psalms could continue — “unto the hills, from whence cometh my help. My help cometh from the LORD, which made heaven and earth.” God’s first words in the Bible, “Let there be light”, is the motto, in Hebrew, of the University of Victoria.

Readers may be surprised to learn of this flourish of Christianity in the halls of higher education, but that is because today’s universities usually present only watered-down versions of their crest, denuded of Latin (too elitist) and of religion (too exclusive). The U of A’s web site, for example, shows only a shield and a stylized landscape. UVic presents three birds above an empty book, while Manitoba’s largest university gives us a buffalo, a crown, a maple leaf and another book – empty, of course. Under the shield, where a motto should be, is a banner with the inspiring phrase: “Est. 1877”. Truly, words to live by. 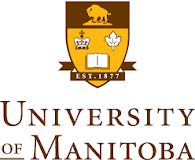 And what of my University of Saskatchewan? Well, the wheat sheaves are still there, as is the book. But now the pages are blank. God and country have disappeared. 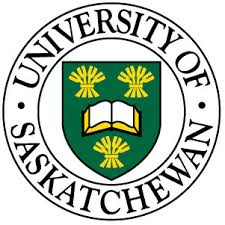 All of this is the result of deliberate policy to strip religion from the public square in the name of “diversity”. We can see this most clearly in the University of Alberta’s retreat. Before 1999 graduates receiving their diplomas were told to use their degrees “for the glory of God and the honour of their country.” Even as late as 2009 the university admitted students to their degree with the charge “for all who believe to serve your God.” The latest version tells students to “serve our community for the public good”.

These changes came at the behest of Chancellor Doug Stollery, a corporate lawyer, who wished to spare the feelings of those in the audience who profess no religion. He also removed the notion of conveying a blessing on students and the university in his opening remarks. When a student on the General Faculty Council noted that this would make a statement that as an institution the university was not comfortable acknowledging faith, Mr. Stollery, whom no one can accuse of being a terribly deep thinker, was unmoved. He said that one could, after all, join a religious group on campus or attend a class on religion. What was important was “inclusivity” — and apparently one achieves this goal by excluding any reference to faith or a deity.

Mr. Stollery’s views are not unique. All across the country, old values such as God, honour, tradition, or patriotism, are being excised from public ceremony or symbology as being aggressive or divisive. A nation with no common values except the determination that we will not have common values cannot long survive.

This sort of link is the kind of thing Twitter is best at, but I’m no longer on Twitter so just read this article:

As a former university professor, I found this article very interesting. 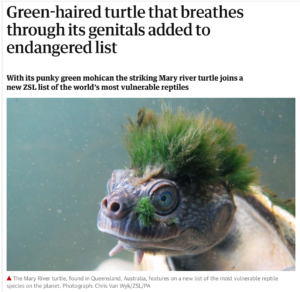 On April Fools’ Day, it seems appropriate to heed the words of the Sage of Springfield. Today’s lesson:

And how is education supposed to make me feel smarter? Besides, every time I learn something new, it pushes some old stuff out of my brain. Remember when I took that home winemaking course, and I forgot how to drive? 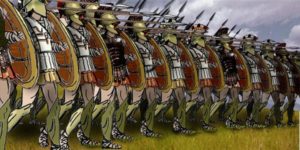 One of the my favourite poets is C.P. Cavafy, a gay Greek-Egyptian civil servant of the early 20th century. In this poem he honours the Spartan infantry who in 480 BC made a stand against an overwhelmingly superior Persian invasion force, before a treacherous local guide, Ephialtis, showed the enemy a way to attack the defenders from behind. Cavafy uses that example to praise all those who, in different ways, imitate the Spartans in their daily lives.

Honour to those who in the life they lead
define and guard a Thermopylae.
Never betraying what is right,
consistent and just in all they do
but showing pity also, and compassion;
generous when they are rich, and when they are poor,
still generous in small ways,
still helping as much as they can;
always speaking the truth,
yet without hating those who lie.

And even more honor is due to them
when they foresee (as many do foresee)
that in the end Ephialtis will make his appearance,
that the Medes will break through after all.

My father gave me three excellent pieces of advice: 1. Never trust a man in a ready-made bow tie. A man who cannot concentrate long enough to fasten a bow tie is never going to be a well of nuanced or intriguing conversation. 2. One Vodka Martini is not enough, two is plenty and three is too many. 3. Live your life with passion, or there is no point. You might as well drink three Vodka Martinis with a man sporting clip-on neckwear.

From the great David Warren (of davidwarrenonline.com):