If you don’t know how to die, don’t worry; Nature will tell you what to do on the spot, fully and adequately. She will do this job perfectly for you; don’t bother your head about it.

I have no conscience, none, but I would not like to bring a soul into this world. When it sinned and when it suffered something like a dead hand would fall on me, — ”You did it, you, for your own pleasure you created this thing! See your work!” If it lived to be eighty it would always hang like a millstone round my neck, have the right to demand good from me, and curse me for its sorrow. A parent is only like to God: if his work turns out bad so much the worse for him; he dare not wash his hands of it. Time and years can never bring the day when you can say to your child, ”Soul, what have I to do with you?” 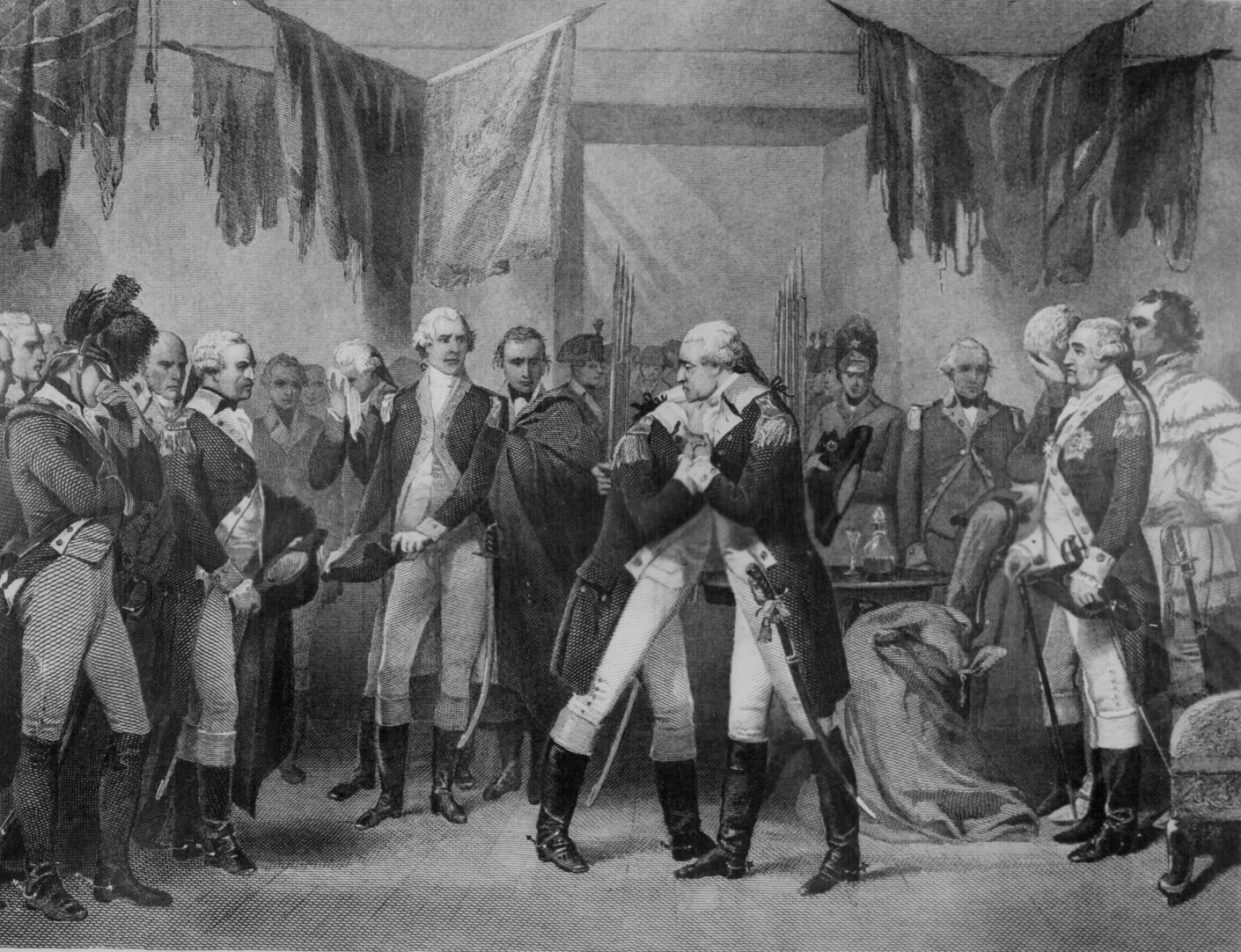 By 1783 the American War of Independence had been won and the military services of George Washington were no longer required. There was talk of him seizing power in a coup but he put down an army plot and resolved to return to civilian life.

After a seafood dinner in Fraunces Tavern in New York, Washington took his parting from the men he had served with. Colonel Benjamin Tallmadge wrote his account in 1830:

At 12 o’clock the officers repaired to Fraunces Tavern in Pearl Street where General Washington had appointed to meet them and to take his final leave of them. We had been assembled but a few moments when his Excellency entered the room. His emotions were too strong to be concealed which seemed to be reciprocated by every officer present.

After partaking of a slight refreshment in almost breathless silence the General filled his glass with wine and turning to the officers said, “With a heart full of love and gratitude I now take leave of you. I most devoutly wish that your latter days may be as prosperous and happy as your former ones have been glorious and honorable.”

After the officers had taken a glass of wine General Washington said, ‘”I cannot come to each of you but shall feel obliged if each of you will come and take me by the hand.”

General Knox being nearest to him turned to the Commander-in-chief who, suffused in tears, was incapable of utterance but grasped his hand when they embraced each other in silence. In the same affectionate manner every officer in the room marched up and parted with his general in chief. Such a scene of sorrow and weeping I had never before witnessed and fondly hope I may never be called to witness again.

“I believe what really happens in history is this: the old man is always wrong; and the young people are always wrong about what is wrong with him. The practical form it takes is this: that, while the old man may stand by some stupid custom, the young man always attacks it with some theory that turns out to be equally stupid.”

Friendship is born at that moment when one person says to another: What! You too? I thought I was the only one.

There was only one catch and that was Catch-22, which specified that a concern for one’s safety in the face of dangers that were real and immediate was the process of a rational mind. Orr was crazy and could be grounded. All he had to do was ask; and as soon as he did, he would no longer be crazy and would have to fly more missions. Orr would be crazy to fly more missions and sane if he didn’t, but if he were sane he had to fly them. If he flew them he was crazy and didn’t have to; but if he didn’t want to he was sane and had to. Yossarian was moved very deeply by the absolute simplicity of this clause of Catch-22 and let out a respectful whistle. 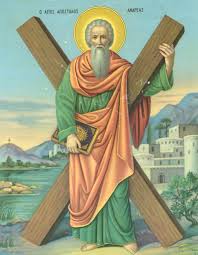 The Feast of St Andrew

Andrew was a fisherman, the brother of Simon Peter and a follower of John the Baptist. He recognized Jesus as the Messiah and was called by the Lord to be an apostle. Andrew appears a number of times in Gospels, such as when Jesus discusses the end of the world in Mark 13 and at the Feeding of the Five Thousand in John 6.

Legend says that after the death of Jesus Andrew travelled widely spreading the faith to Asia Minor, the Caucasus, what is now Ukraine and Russia, Byzantium and the Balkans. The churches in Constantinople and Georgia thus claim an apostolic founder. In Greece he was martyred on an X-shaped cross which became his symbol. The saltire or St Andrew’s cross is on the flag of Scotland, which claims him as a patron saint, and on the naval flag of Russia, where he is also a patron. Because Andrew was the first disciple called by Jesus, his feast day heralds the start of the Christian calendar.

And, to end the month of Wodehouse quips, a triple offering:

“Boyhood, like measles, is one of those complaints which a man should catch young and have done with, for when it comes in middle life it is apt to be serious.”

“He was stoutly opposed to the idea of marrying anyone; but if, as happens to the best of us, he ever were compelled to perform the wedding glide, he had always hoped it would be with some lady golf champion who would help him with his putting, and thus, by bringing his handicap down a notch or two, enable him to save something from the wreck, so to speak.”

“Lord Chesterfield said that since he had had the full use of his reason nobody had heard him laugh. I don’t suppose you have read Lord Chesterfield’s ‘Letters To His Son’?”

… Well, of course I hadn’t. Bertram Wooster does not read other people’s letters. If I were employed in the post office I wouldn’t even read the postcards.

“No, I am quite content with you, Bertie. By the way, I do dislike that name Bertie. I think I shall call you Harold. Yes, I am perfectly satisfied with you. You have many faults, of course. I shall be pointing some of them out when I am at leisure.”